3 Things You Need To Know About FASD 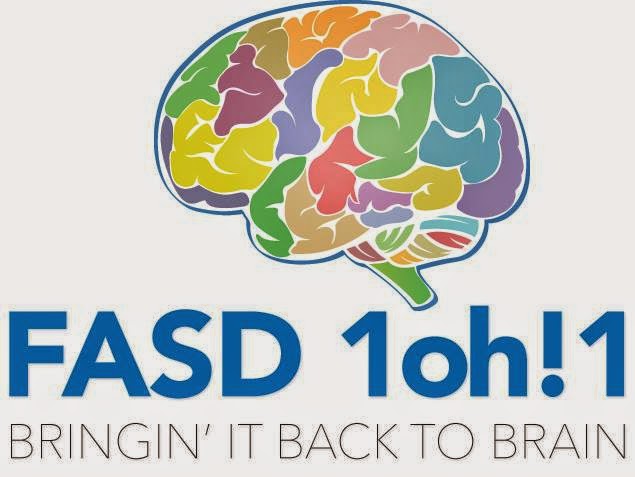 Last month we attended Jeff Noble's event, FASD 1oh!1: Bringin' It Back To Brain, because we wanted to understand Fetal Alcohol Spectrum Disorder and become better allies. Read part one of this two part series here.

The event was inspiring and informative, and even more touching than we'd hoped. Here's what we learned:

1. Learning to cope with FASD can be a long hard road but you can be happy and healthy if you learn techniques for working through any situation your disorder throws at you. One of the speakers, a teenage girl named Amanda, shared strategies she uses daily. Her hope and feisty determination to succeed help her advocate and problem solve for herself.

2. You need a strong support team. Both Amanda and Savanna, (another speaker who lives with FASD, but was not diagnosed until her early 30s) stressed the importance of having people in your corner who will be there whenever you need them and will advocate for you when you can't for yourself.

3. FASD is not their fault. A person with FASD is born with a damaged brain and cannot control how it develops or functions. This is a lifelong permanent brain based disability.As Jeff says in his book, Making Sense of the Madness, "If you go away with one thought from today, these kids aren't bad- they are just misunderstood".

Learn more about Jeff Noble and FASD Forever here & check out some of the other events The Teacher and The Traveller has covered here.
at 4/26/2015 05:06:00 pm No comments:

Parenting is challenging at the best of times. I have always felt, and still do, believe it is the hardest (but most fulfilling) job in the world.

When my daughter was 2 and a half she was diagnosed with a childhood anxiety disorder called Selective Mutism. A mental illness. A stigma to those people who are misinformed. We couldn't afford to bury our heads in the sand; early intervention was key to getting the resources we needed.

As an Early Childhood Educator I can share insights from the inner sanctum of the classroom. Time after time it would be brought to the parents attention that their child was displaying behaviours indicative of a learning disability or mental illness. Some of these children would slip through the cracks due to the family being unable or unwilling to deal with the issue at hand. The window of early intervention shut before the parents made it to the level of acceptance. Do you know anyone who would willingly admit that they needed help for their child and coping techniques for themselves? I will go out on a limb here and say that one would be hard pressed to find one.
My third perspective is that of  Aunt to my nephews. My sister and her husband adopted two children, biological brothers, in a time span of 2 years. They were made aware through Children's Aid, that the likelihood  of their adopting  a child with special needs was a certainty. In clearer terms, a child whose birth mother was an addict to drugs and alcohol was all but a guarantee.
Undeterred, they forged ahead welcoming the first of their 2 children. Life became a new kind of normal. Karen stayed home for the first 9 months bonding with her children. Certainly there were signs that this was not a Hollywood baby who cooed and met the designated milestones set out in gold. Sooner than later, the tell tale signs of learning disabilities reared there ugly head.
Both of the boys' issues became glaringly apparent and they were  diagnosed with ADHD  in their Junior Kindergarten year. The elder child had issues sitting at his desk and could be found stomping on his crackers at snack time. Additionally he struggled at focusing on whatever task was at hand. In 2012 he recieved the double diagnosis of Fetal Alcohol Spectrum Disorder (FASD). and Aspergers, his younger brother's ARND (a form of FASD) diagnosis coming soon after.

The youngest child by one and a half years had been found taking his classmates' lunch and flushing it down the toilet. One day, he and a friend decided to leave the school without permission.
A neighbouring family had their window broken as a result of a ball being thrown through it. When the police questioned him, he simply replied, that he didn't like that family. My sister was upstairs in her home when she noticed the indicator light on her phone was lit up. Karen picked up the phone and was shocked to discover  an 911 operator on the other end. The operator's response, your son didn't like the amount of time you allotted for the computer. The Police do have to come to your house and assess the situation.


Through wit and wisdom, trial and error, and devouring any and every resource they could get their hands on, Karen and her husband bravely fought to give their sons the happiest and healthiest life possible. My sister has always been the optimist of the family. This situation tested her inner resolve and her question of a higher power. Karen is like a greyhound; strong and steadfast, trusting and sufficiently prepared for the journey ahead.
For all these reasons, I was excited to learn about Jeff Noble's Mississauga, Ontario FASD workshop, "FASD 1oh1". There was no way I was going to miss the day long event!
Becca, Karen and I, armed with notebooks and several cups of coffee in our tummies, headed out to the venue. We held steadfast in our belief that by immersing ourselves in the waterfall of FASD, we would become deeply empowered and ready to join Jeff in his quest to change the world for people with FASD.

Check back later this week for a post about what we learned at the workshop and how you can help children with FASD. Check out part two, "3 Things You Need To Know About FASD" here.
at 4/19/2015 06:18:00 pm No comments:

Cheap & Cheerful Gifts for Your Valentine

It can be difficult, being on a budget when Valentine's Day comes around. But don't worry! There are plenty of fun and affordable gift ideas out there. Here are just a few of our favourite choices, for him and for her (and they're all $29 and under!):

Any present that says, "hey, I put some thought into this because I like you a lot" is a keeper, in our books (and so is the person who gives it!).

What are you getting your significant other for Valentine's Day? 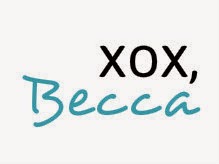 This Is Far From Over: Coming To Terms With Being On Social Assistance 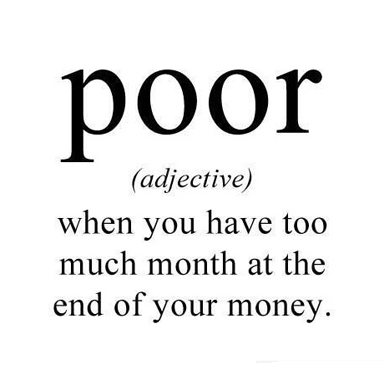 Life is settling into a new kind of normal. I’ve come to terms with my diagnoses of Type 2 Diabetes and high blood pressure. I am doing everything I am supposed to do, be it with a minor slip up here and there. Truthfully, they are the planned slip ups. You know the ones I am referring to, a piece of cake here, an ice cream there or a carb- laden twister bagel with cream cheese.

I have been known to say "you only have to do the first time once". That phrase served me very well, until one day it didn’t. Going on Ontario Works is difficult at best. Saying, the three words you hope never to utter, please help me is really hard.Try spitting those words out. Do you have any siblings or other family that can help you?

“Seriously, do you think coming here, feeling the shame wash over me, is where I choose to find myself? No, I don’t”.

“Well tell me about your family anyway,” they say.

Reliving painful memories, that I’ve locked in a safe, because they are to be safe and unvisited.

We need to meet with our caseworkers monthly and provide financial records.

Though feeling grateful that we are given some money on which to live, the amount is questionable at best. The amount of money allotted for a special diet for diabetes, is miniscule. Bye-bye to prepared foods. We buy fresh fruits and vegetables (only if they’re on sale), the cheapest brand of low sugar yogurt, cheese and cereal if we have coupons. No milk, fish, chicken or meat. I have never enjoyed grocery shopping and yet you can find me scanning every product that goes into the cart.

I can barely pay my mortgage. Never mind the bills that are piling up. I find it laughable, ironic almost, that my only asset is my house and I have to sell it. I will have to move into an apartment that costs more than my mortgage! Ludicrous. Days like this I feel so overwhelmed and I wonder who the lady reflected in the mirror is.

Since I had to quit work in July, a few friends have demonstrated their compassion and friendship. They lift me up when I am down. They make me laugh, knowing the many tears I have cried. I am learning a new way to live. Just as I am settling in, the month on the calendar changes. I cringe, then I look at the lady in the mirror, and smile for she is kick ass and she is resilient.

It's Called Management For a Reason 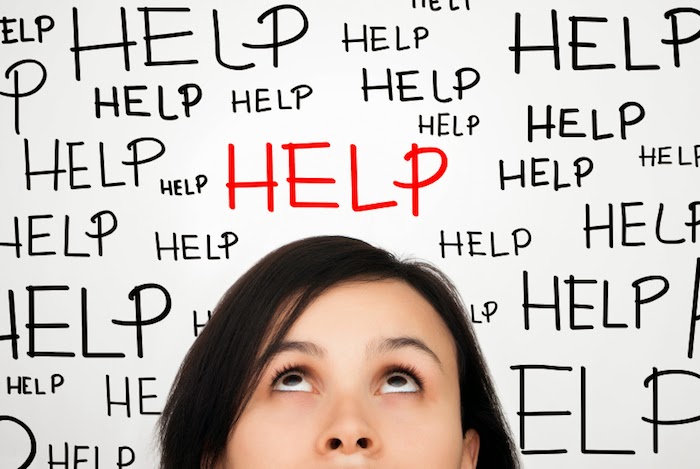 Hindsight really is eye-opening. If I knew then, what I know now...

Continuing on my journey of becoming a healthier me, I had my aha moment one evening. Having chronic pain is a bitch. The pain alone isn’t the problem; it’s the emotional and physical fatigue from planning my life around my illness. I’m only 52 and my body is failing me.

I have Fibromyalgia, Myofascial pain and a tailbone issue. The icing on the proverbial cake, was a diagnosis of diabetes, another chronic condition.

Going to the grocery store was already a chore I detested. Now it meant having to manage (manage + meant = management!) time more efficiently, while reading labels on everything from fresh groceries to frozen and pre- packaged goods. I felt like Toula’s father from My Big Fat Greek Wedding. “The word management comes from the Greek word…”. 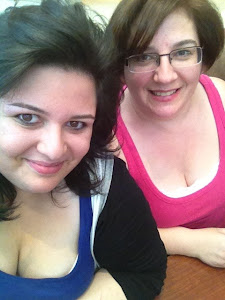